For the first time since 2019, the Brethren of Lodge Eastmuir faced off with the Companions of Clydesdale RAC in the Annual Whist Competition. This event was really looked forward to given that the previous two competitions had to be postponed because of the COVID epidemic.

​Clydesdale as holders were determined to win the Trophy for the third time in a row and their ME First Principal Ian Haldane was in confident mood as he gathered his team together. RWM David Wheatley was up for the challenge as the battle commenced.

Scoring was very level and as the evening progressed and it was clear that the result was going to be close. After the last round the chatter was lively as Secretary Frank Richmond gathered the team scores together. When the result was announced unbelievably both teams has scored 312 Points, a draw, and lots had to be drawn to produce a winner. On the draw of cards The Lodge won out much to the joy of RWM  David Wheatley.

MEC Ian Haldane  handed over the trophy congratulating the Lodge on their victory. The real winners however were everyone who attended and shared in the union and harmony between the brethren and the companions. A great night enjoyed by all. 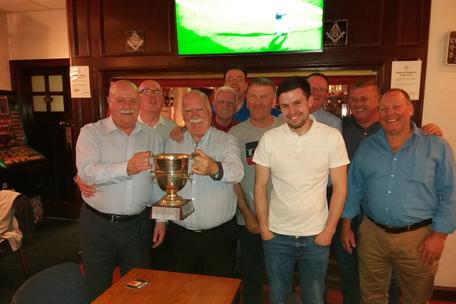 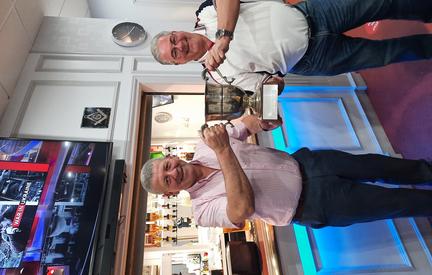 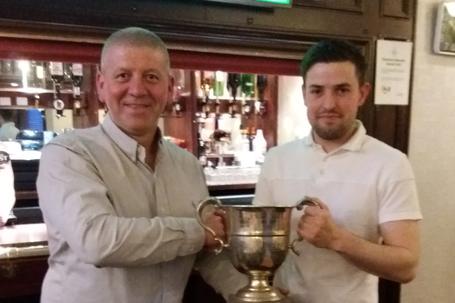 The victorious team from Clydesdale Royal Arch Chapter celebrate their victory over Lodge Eastmuir in the annual Whist Challenge - The Stevely Cup. ​Edward Woods MEH headed up the team from the Arch and was delighted to receive the trophy from Ian Haldane RWM of Eastmuir to make it two years in a row for the Arch

Edward thanked the brethren from the Lodge for making such a good fight of it and the companions of the Arch for their efforts in winning the cup. He had a special word of encouragement for the RWM given that he personally was the lowest scorer on the night !